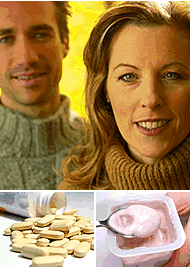 Proteins are very large molecules constructed from one or more unbranched chain of amino acids – that is, they are polymers.

A typical protein contains 200–300 amino acids but some are much smaller. The smallest are often called peptides and the largest is titin, a protein found in skeletal and cardiac muscle. Titin contains 26,926 amino acids in a single chain!

Every function in the living cell depends on proteins:

And there are many more vital functions! Proteins are truly the physical basis of life and essential elements of the human diet.

Proteins in the food industry

Soluble proteins used in the food industry can be divided into two general categories, based on the effect of acid on protein structure in water solution:

Nandi Proteins’ technology improves the properties of globulins and albumins by reacting with different types of sugars. The resulting proteins have increased solubility and are acid stable after denaturation.

By means of controlling the denaturation using a special method, the functionalities such as gelling, water binding and fat binding can be tuned to a customer’s specific requirement.